Join Dr. Thierry Vrain, retired genetic engineer who after a 30 year career with Agriculture Canada now speaks out against genetically-engineered technology. Mr. Tony Mitra, an international active citizen journalist, and food security activist, to discuss concerns about GE-GMO food, and how you can take action.

From the Halifax Media Co-op interview:

"My main message for the people in Nova Scotia is that 80 per cent of the food in the grocery store is contaminated with engineered ingredients," says Vrain. "Soy beans, canola, corn, cotton seed oil, sugar beets. Those crops, engineered to be tolerant of herbicides are then sprayed with [herbicides like] Round Up." Read more...

Slow Fish Canada has launched a campaign to invite people to find local solutions that support a better management of our freshwater and marine resources. Dave Adler, Coordinator of Off the Hook Community Share Fishery (CSK), a member of the Marine team at the Ecology Action Centre Halifax, and a inspirational contributor to HarvestHand is a key leader in global Slow Fish movement.

The key issues for Slow Fish include addressing and bring awareness to the dwindling state of global fish stocks, pollution of the oceans and its impact on the livelihood of small-scale fishing communities.

Canada-Slow Food Canada is excited to announce the creation of the Slow Fish Canada campaign, a national group that will focus efforts on issues related to fisheries. During the 2013 Annual General Meeting, held last April in Osoyoos, BC, the membership voted unanimously for the creation of the national campaign.

Fishing is a particularly critical issue, given the dwindling state of global fish stocks, pollution of the oceans and its impact on the livelihood of small-scale fishing communities. By engaging the entire Canadian Slow Food network, the Slow Fish Canada campaign will invite people to find local solutions that support a better management of our freshwater and marine resources.

The Slow Food approach is based on three tenets: food that is good, clean; fair; says Dave Adler of Nova Scotia's Ecology Action Centre. The same is true of Slow Fish. We hope to support, discover, and celebrate Canada's small scale, sustainable fisheries by connecting people who eat seafood to the people who catch it, harvest it, and grow it.

Building on Slow Fish International[1] the Slow Fish Canada campaign will focus primarily on promoting artisanal fishing and neglected fish species. The campaign will also address issues such as access to good, clean and fair fish for consumers; fair remuneration and access to regional markets for small-scale producers; social finance and succession planning for fisheries; fair access to quotas by independent owner-operator fishing enterprises; and support of new and developing fisheries. Slow Fish Canada also plans to develop awareness campaigns around important issues such as aquaculture and eco-certification of seafood. Slow Fish Canada will raise awareness around salmon conservation by building on the Wild Salmon Manifesto, which was adopted by Slow Food Canada in 2006.

Slow Food Canada has been active in different regions of the country for more than 10 years, with a particularly strong presence in the Maritimes, Montreal, Ontario and British Columbia. Today, more than thirteen hundred members belong to thirty convivia that span the country from Newfoundland and Cape Breton Island to Vancouver Island and Whitehorse in the Yukon.

[1] Slow Fish is an international campaign launched by Slow Food International to promote good, clean and fair fish by informing consumers and encouraging interaction between those involved in the world of sustainable fisheries. For more information, please visit: www.slowfood.it/slowfish/

The RSA (Royal Society for the encouragement of Arts, Manufactures and Commerce), has a competition going on now that invites film makers to turn RSA talks into, well films.  Two of the entries focus on a great talk by Michael Pollan titled Food Rules for Healthy People and Planet.  The original talk is found below as well as the two short films based on the talk.  Feel inspired?  Vote for your favorite! CBC TV's Land and Sea broadcast a piece yesterday profiling 3 farms run here in the Annapolis Valley.  The focus of the episode titled Young Farmers  looks at how three farms -- Wild Mountain Farm, Waxwing Farm, and HarvestHand's very own Taproot Farms -- are thinking creatively to meet the challenges of farming today by farming organically and utilizing a CSA model to go to market.  A nice watch! 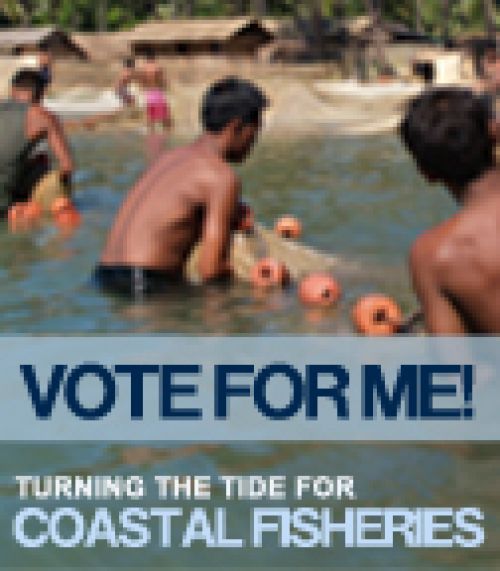 Innovative local Community Shared Fishery Off the Hook recognized by National Geographic sponsored Turning the Tide for Coastal Fisheries.  The CBC has a nice video news pieces posted about the Off the Hook:

See: VIDEO | Off the Hook recognized